1. History
The Bertholdsburg was found as a stronghold in the 13th century to protect the trading route from Nürnberg to Leipzig. From the 1220ies till 1583 it was the main residence of the Counts of Henneberg-Schleusingen. The Castle was lately labeled Bertholdsburg, in honour of Berthold VII (1272-1340), one of the most important Hennebergian Count.

During the Late Middle Ages the Bertholdsburg was continuously rebulit and converted into a representative renaissance castle. So today you can experience the Bertholdsburg as a closed four winged castle in the condition of about 1540!

In according to the death of the last Hennbergian Count Georg Ernst (1511–1583) in 1583 the Bertholdsburg lost its residence character. From this time it became seat of Saxonian and Prussian administrations.

In 1934 the first museum of local earth history (FRANKE-Berthold VII with his wife Museum) was founded, 20 years later this museum increased with regional history. Since 1984 the Museum of Natural History has been established for the region of Southern Thuringia. The new museum include exhibitions and collections of geological, biological and historical sciences. 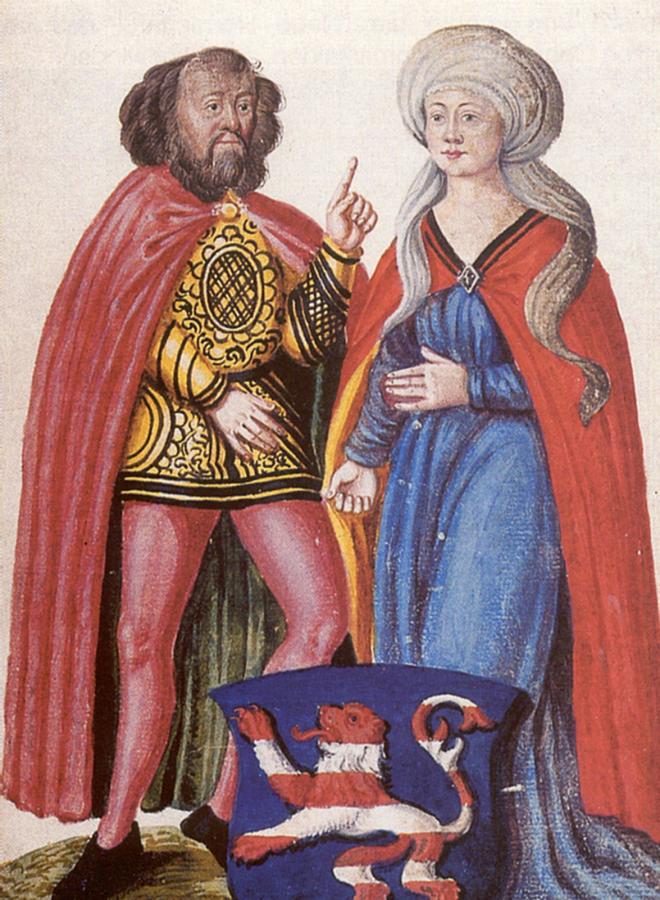 2. Exhibitions
The Museum of Natural History in Schleusingen presents certain temporary and permanent exhibitions. The area of exhibitions contains 2.000 m².

Minerals - fascination in shape and colour
Since 1990 this exposition has shown 1.000 minerals and rocks with diamonds, agates, rock

crystals or Thuringian gold, copper, uranium and iron ores as well as rock salt and potash. Sceneries of gold and copper mining plus the basaltic volcanism are presented.

The most important minerals of Thuringia are exhibited. Furthermore is the genesis of the Thuringian Forest and the Thuringian Slate Mountain are visualized. A speciality of Thuringian minerals are the so called "Schneekopfkugeln"- these are rhyolitic spherulites from the 285 million years old Lower Permian volcanism which include agate and different macroquartz, partly nicely coloured.

300 million years Thuringia
A journey through 300 million years of Thuringian Landscapes is presented (Upper Carboniferous/Lower Permian). The exhibition area covers more than 800 m². Lakes, rivers, forests and swamps existed already millions of years ago, but what has changed? 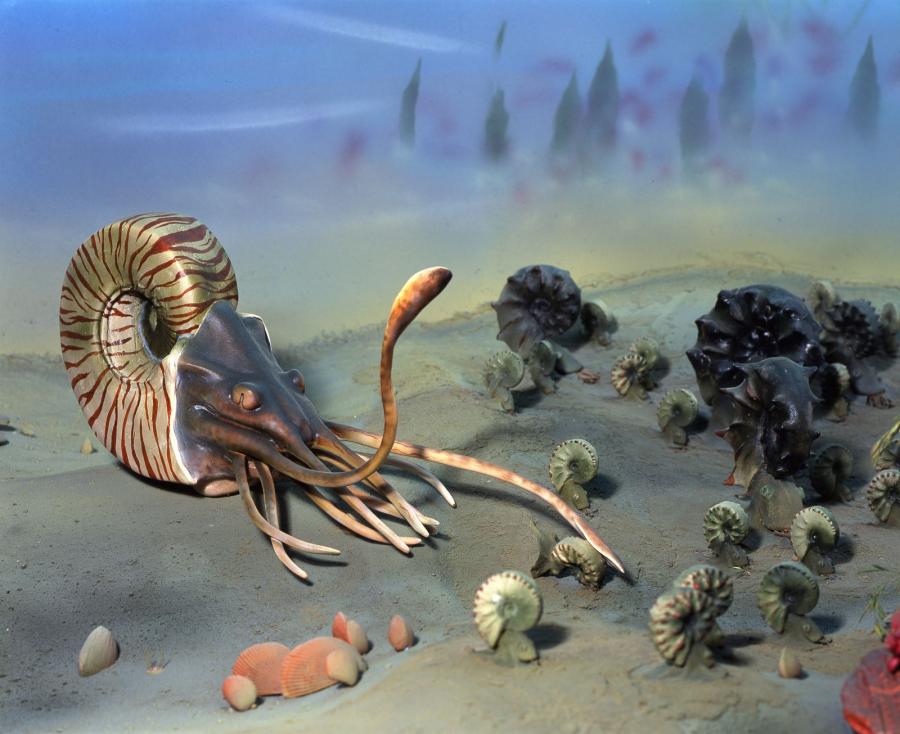 The time-travel goes through prehistoric landscapes with reconstructed tree-ferns, saurian, gigantic millepede, sharks, ammonites and elephants in 12 paleosceneries from the Permocarboniferous up to the Pleistocene. Nearly 1.000 fossils as evidences of the prehistoric life are presented. Often it is possible to touch the fossils as well as more than 100 prehistoric models.

The culmination of the exhibition are the mounted skeletons of the 215 million year old dinosaurs from the Middle Keuper of Großer Gleichberg near Römhild in Southern Thuringia, which were found in 1932:

The presentation of recent landscapes of Thuringia appeals all of our senses. Observing living fishes and a "living fossil" - the little crustacean Triops is also possible. Lastly an introduction to the UNESCO–reservations of biosphere "Vessertal" and "Rhön" is offered.

The way of life in the little Hennebergian city of Schleusingen is visualized by many historical sceneries and objects. Different kinds of craft are originated in the Hennebergian time before 1583:

One of the Schleusingen's printers was Hermann Hamsing in 1555. Special rarities of books from the Hennebergian Library are shown, for example "chained books". In some rooms of the castle it is possible to see the historical interior decoration, for example a vault room with mural painting of the Herkules myth from 1600.

Look-out (castle’s maintower)
The 40 meter high main tower of the castle can be climbed up by 128 steps. From the installed platform you are going to have a gorgeous view of the Thuringian Forest and the town of Schleusingen. In the tower you can see an historical clockwork and the kestrel.


3. Collections and Research
The Museum of Natural History in Schleusingen includes various collections of geological, biological and historical sciences.

Collections of nature study
They contain a large collection of nearly 100.000 objects:

The spectrum of inventar reaches from objects of Duke Anton Ulrich (1687-1763) up to newly excavated fossils and minerals. Especially important is the ARNHARDT-Collection which is one of the most famous collections of Lower Permian (Rotliegend) fossils in Europe.

The new part of collections is concerned with the following topics:

Collection of Regional History
The inventory consists of nearly 3.000 objects plus the historical Hennebergian Library with 5.000 volumes (see later). Most of them give evidence about the local history of the Hennebergian town of Schleusingen.

Research
The researching work of the Museum of Natural History Schleusingen is exemplarily associated with some main points of the collections and exhibitions. The paleontological and mineralogical research is combined with excursions, excavations and preparation.

Many results in geology and biology are published in our house journal "Veröffentlichungen des Naturhistorischen Museums Schleusingen" (see there).

The list of publications from WERNEBURG can be requested:

4. Libraries
The Museum of Natural History Schleusingen contains 3 libraries with a total stock of 27.000 volumes.

Hennebergian Library
It is the historical part of a grammar (high) school library with 5.000 volumes. The private books of the last Hennebergian Count Georg Ernst (1511-1583) initiated the now relatively closed old school library. In 1958 it was delivered to the museum.

Library of the Hennebergian Historical Society of Schleusingen
The society existed from 1908 to 1937 and had a library with 2.000 volumes.

Library of Natural Sciences
Since 1984 a special library for geology and biology have been developed. The eldest parts of this collection reach back to the 17th century. We have a continuous exchange of journals with nearly 150 partners all over the world.